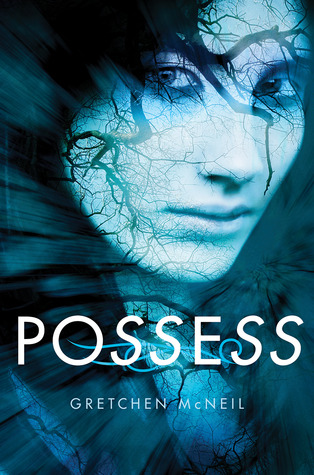 Fifteen-year-old Bridget Liu just wants to be left alone: by her over-protective mom, by Matt Quinn, the cute son of a local police sergeant and by the eerie voices she can suddenly and inexplicably hear. Unfortunately for Bridget, the voices are demons—and Bridget possesses the rare ability to banish them back to whatever hell they came from. Literally.

Terrified to tell her friends or family about this new power, Bridget confides in San Francisco’s senior exorcist, Monsignor Renault. The monsignor enlists her help in increasingly dangerous cases of demonic possession, but just as she is starting to come to terms with her freakish new role, Bridget receives a startling message from one of the demons. And when one of her oldest friends is killed, Bridget realizes she’s in deeper than she ever thought possible. Now she must unlock the secret to the demon’s plan before someone else close to her winds up dead—or worse, the human vessel for a demon king.

“And Monsignor never mentioned anything about the Watchers or divine grace?”

Was he serious? “Pretty sure I’d’ve remembered that.”

Father Santos stopped writing and looked at her.  “Are you sure?”

Bridget returned his stare, “Someone tells me I’ve been touched by Jesus, I remember.”

I’m not going to give a book summary because the blurb pretty much tells you what I would except for one discrepancy . . . you don’t get to see Bridget come into these powers or confide in the Monsignor.  That is all before the book starts.  Usually something like this would bother me because it feels like you are coming into a story on the second book or a few chapters in . . . . but that is so not the case with this book! I completely felt sucked into the story immediately.  Especially when you aren’t quite sure what is going on.  I mean there is an exorcism right away! BTW before I get too far into this, how about the cover?  It’s fantastically creepy!

The only  thing I really didn’t care for was that the Monsignor and Father Santos (on loan from Rome to investigate the high volume of demonic possessions in the San Fran area) asked A LOT of questions about what Bridget heard and saw, but never answered hers (though this is answered much later in the book).  I know she is a kid, but if she has this power is obviously for a reason and she deserves to know what’s going on up front.  Of course she could have pushed this issue as well so it’s not like it is a huge deal.  I felt bad for her . . . she should have has more support being as she couldn’t talk to her mother or friends about what she was doing. Speaking of which, the possessions seriously creepped me out.  Dolls attacking?  Ghost Cats and bracelets moving?  How about demons delivering messages about wanting something from you?  EEP!!!

On the boy front, you’ve got Matt (WHOOT WHOOT) and her local following consisting of her gay bffs and quasi (later to turn full force) stalker Peter.  Matt’s into Bridget but there is obvious baggage there as they used to be friends when they were younger and her father was supposedly killed (before the book starts) by a criminal Matt’s dad referred to him for counseling.

I definitely couldn’t read most of this book while I was alone.  I was forced by the sheer creep factor to read this at work on my lunch breaks so I didn’t read it as fast as I would have liked but it was so good!  Action packed to keep your attention and creepy enough to send little chills down your back.  Please, please, please let there be another book?!?

SIDENOTE:  I apologize for the excessive use of creepy, but it’s the only thing that can adequately describe how I felt reading this one. 🙂

8 thoughts on “Possess by Gretchen McNeil”