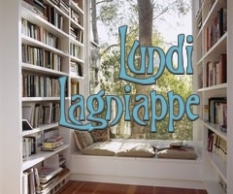 A Million Suns by Beth Revis – Overall I like where the story is going, but Amy was really annoying in this book.  She is acting like a spoiled little brat and I want to punch her in the throat.  3.5/5

Eve by Anna Carey – Slow to start but I did like the story.  Dystopian! Kind of an abrupt ending and wish we could have seen Caleb’s POV but hey there are more books so I’m sure we will get answers. 🙂 3.75/5

Bittersweet by Sarah Ockler – I liked the book, but man was the lead annoying, typical teenage girl stuff.  I wish I could come up with the cupcake ideas she had though.  Not my favorite by Ms Ockler to date but still a great read.  3.5/5

Harry Potter and the Order of the Phoenix by JK Rowling — What an awesome book!  There is so much in this book, it really has a lot of information in it, I’m still upset they cut really important parts (to me) of the movie.  Ron starts playing quidditch, Delores Umbridge makes school hell, we’re introduced to Luna Lovegood (my favorite character behind Ron)and  learn about Thestrals, see the emergence of Neville’s innate courage, and lose Sirius.  My third favorite book of the series.  4.5/5

Holiday Hideout Anthology by Julie Kenner/Jill Shalvis/Vicki Lewis Thompson–Cute premise…a cabin that reunites old loves and introduces new loves.  Three interlocking stories set in here:  a woman who is tired of being set up tries to get away from all of that for Thanksgiving rather than going home and is instead set up by the cabin owners with the local handyman; two competing architects are stranded at the cabin and act on a mutual attraction; old flames who had to go their separate ways are reunited.  Very sweet and short and sexy.  Loved all three stories.  3.75/5

That’s it for this week.  Happy Mardi Gras!