In our development of this feature we discovered that the book blog Lit Snit featured “Casting Call Fridays.” Our Casting Call feature is in no way purposefully copying or stealing this idea and any similarities is purely coincidental. Also, you should check out their casting because it rocks!

Welcome to Week 2 of Casting Call, where we brainstorm with our friends to cast one of my favorite novels from last year, Divergent by Veronica Roth. 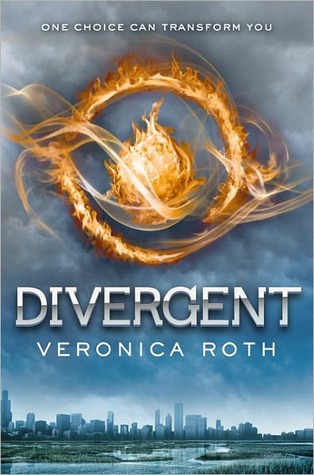 In Beatrice Prior’s dystopian Chicago, society is divided into five factions, each dedicated to the cultivation of a particular virtue–Candor (the honest), Abnegation (the selfless), Dauntless (the brave), Amity (the peaceful), and Erudite (the intelligent). On an appointed day of every year, all sixteen-year-olds must select the faction to which they will devote the rest of their lives. For Beatrice, the decision is between staying with her family and being who she really is–she can’t have both. So she makes a choice that surprises everyone, including herself.

During the highly competitive initiation that follows, Beatrice renames herself Tris and struggles to determine who her friends really are–and where, exactly, a romance with a sometimes fascinating, sometimes infuriating boy fits into the life she’s chosen. But Tris also has a secret, one she’s kept hidden from everyone because she’s been warned it can mean death. And as she discovers a growing conflict that threatens to unravel her seemingly perfect society, she also learns that her secret might help her save those she loves . . . or it might destroy her.

This week, we’re doing it a little differently than last week, where each of us cast the whole book.  We’ve divided up the characters and each chose a couple to cast. 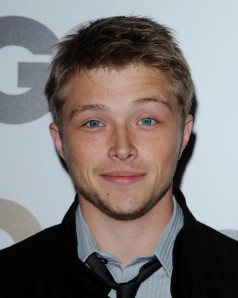 Caleb:  less than a year older than Tris, Caleb is in the same grade at school and they are sorted at the same time.  He’s supposed to be green-eyed with dark hair, but I think he should look like his sister, who is blonde, and he’s a natural for their home faction, Abnegation, which are the self-less.  So I pictured someone who seems innocuous and pleasant: Sterling Knight.

Peter, formerly of Candor (the honest), is the resident douche-bag.  He’s hot-headed and rude and a bully.  He’s also jealous of anyone who does better than he does.  He also is supposed to be dark haired, but what can I say, I’m a rebel.  I kind of always pictured him as a blond when I read the book, so  I chose Jake Abel, who played Luke in the Percy Jackson movies, where he did a pretty good job of playing the bad guy.  I think he can look like a bully, even with those  pretty eyes.

What do you think of my picks?  Pretty great, right 😉  So, now, head on over to my friends’ sites and see who they chose for the rest of the important characters, like Tris and Four!  Happy Blog-hopping!

Candice @ The Grown-Up YA