Hello and welcome to Casting Call, meme edition!!  For the past few weeks we, as a group, have been creating dream casts for several books and decided why should we have all the fun?  So join us!!  When you’re finished here, go over to Teen Lit Rocks to check out the other participants.

Violet Ambrose is grappling with two major issues: Jay Heaton and her morbid secret ability. While the sixteen-year-old is confused by her new feelings for her best friend since childhood, she is more disturbed by her “power” to sense dead bodies—or at least those that have been murdered. Since she was a little girl, she has felt the echoes that the dead leave behind in the world… and the imprints that attach to their killers.

Violet has never considered her strange talent to be a gift; it mostly just led her to find the dead birds her cat had tired of playing with. But now that a serial killer has begun terrorizing her small town, and the echoes of the local girls he’s claimed haunt her daily, she realizes she might be the only person who can stop him.

Despite his fierce protectiveness over her, Jay reluctantly agrees to help Violet on her quest to find the murderer—and Violet is unnerved to find herself hoping that Jay’s intentions are much more than friendly. But even as she’s falling intensely in love, Violet is getting closer and closer to discovering a killer… and becoming his prey herself.

Maggie and I were having a disagreement regarding the casting choices for this particular book.  We both love the series so much that it was hard to meet in the middle and give anything away when  deciding on who we should cast.  Originally, we were going to each do a cast, but since I had more time on my hand than Maggie did this particular week, we’re going with my casting by default.  It’s still a win and I’ll take it!  🙂 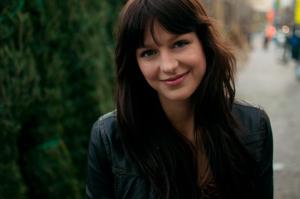 Violet, our protagonist/heroine, is your typical teenage girl, except she has this extrodinary gift (if you could call it that).  I wanted someone who was pretty enough to attract Jay and…anyone else Ms. Derting would write into the story.  I know that Sandie & Diana recently cast Melissa Benoist as Anna in Anna and the French Kiss, but Melissa has the exact look I was searching for.  I hadn’t seen any of Glee this season until this week, so I wasn’t familiar with her, but I think that Melissa has a quiet intensity, a vulnerability to her.  And she’s pretty in a girl-next-door way that I was looking for. 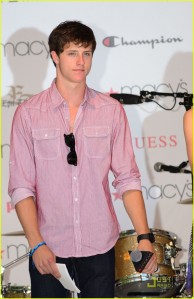 Jay.  Oh, Jay.  He’s the swooniest.  Violet’s best friend since she was a child, he is actually the only person outside her family who knows Violet’s secret.  They both develop these feelings for each other and Violet struggles with it because she isn’t sure he sees her in that way and doesn’t want to ruin their friendship, but Jay has this kind of stalwart wisdom that is very uncommon in sixteen year old boys and the way he handles their budding relationship is just…perfect.  Very rarely do I remember scenes when people profess their love for each other, but I remember this one.  Jay, to me, had to be a tall, good-looking, all-american sort of guy and so I found Shane Harper.  Shane is an actor (he’s on Disney’s Good Luck Charlie), singer and dancer.  And I wanted to find a picture of his body to show that he physically resembles the Jay in my head.  The Violet in my head just gave me a high five. 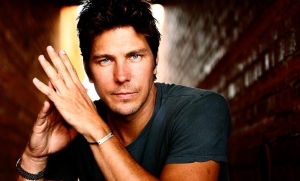 Sheriff Ambrose is Violet’s uncle and ultimately the hero of the story.  He’s a very big part of Violet’s life.  I chose Michael Trucco because I LOVE HIM and I think he needs to be in more stuff (I’m upset that’s he’s Robin’s boyfriend on How I Met Your Mother because we all know he won’t last). 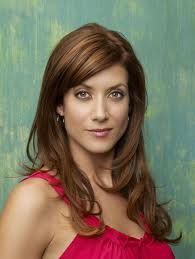 Mrs. Ambrose.  Kate Walsh would be perfect as Violet’s mother.  I recently saw her in The Perks of Being a Wallflower as Charlie’s mom and she did a great job. 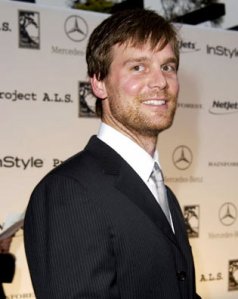 Mr. Ambrose.  I’ve had a crush on Peter Krause since Sports Night. He’s a great actor and can play drama and comedy.  His current stint on Parenthood has convinced me he can do anything. 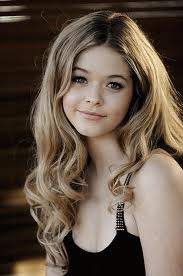 Chelsea is Violet’s other best friend.  She’s a little wild and crazy and she’s recently changed from a tomboy into a boycrazy girl, totally different from Violet.  But their friendship goes way back and they’re in it for the long haul.  Sasha Piertse is on Pretty Little Liars, which I’ve never seen, but she definitely fits the bill lookswise.

Don’t forget to check out our friends choices, too!

Candice @ The Grown-Up YA