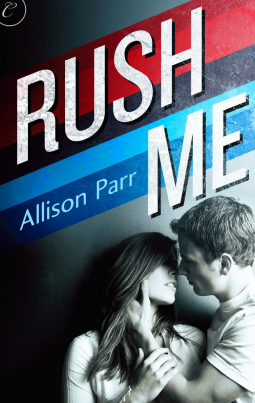 When post-grad Rachael Hamilton accidentally gatecrashes a pro-athlete party, she ends up face-to-face with Ryan Carter, the NFL’s most beloved quarterback. While most girls would be thrilled to meet the attractive young millionaire, Rachael would rather spend time with books than at sporting events, and she has more important things to worry about than romance.  LIke her parents pressuring her to leave her unpaid publishing internship for law school. Or her brother, who’s obliviously dating Rachael’s high school bully.  Or that same high school’s upcoming reunion. Still, when Ryan’s rookie teammate attaches himself to Rachael, she ends up cohosting Friday night dinners for half a dozen football players. Over pancake brunches, charity galas, and Alexander the Great, Rachael realizes all the judgments she’d made about Ryan are wrong.  But how can a Midwestern Irish-Catholic jock with commitment problems and an artys, gun-shy Jewish New Englander ever forge a partrnership?  Rachael must let down her barriers if she wants real love-even if that opens her up to pain that could send her back into her emotional shell forever.

Source: funny story. I was approved by Netgalley/Carina Press for review of the book, but I pushed it aside too many times. When it was released May 12, it just disappeared from my nook and I didn’t realize it until the next day when I went to read it. But I really wanted to read this, so I went ahead and bought it.  Also, I love this cover!

Rachael is newly graduated from college and recently relocated from New England to New York City. She’s working as a temp and an unpaid intern, hoping to eventually become a paid publishing drone.  One night while on her way to a party with her roommate, she answers a phone call and wanders off. When she finishes, she cannot find the roommate, so she stumbles upon what she thinks is the correct party, but it’s totally not. Instead of the typical theater geeks, like her roommate, the party is full of hard-bodied alpha male guys. Rachael is more used to betas, but then she quite funnily stumbles upon Ryan and takes an instant dislike to him.

Ryan is the quarterback of the New York Leopards, an NFL team.  Though he is attracted to Rachael, it’s more of a lust. I think he initially sees her as a way to sate his libido. Because he’s a professional quarterback who is used to women falling at his feet and getting whatever he wants from them, he is taken aback by Rachael’s seeming disinterest in him and her prickly personality.  But when Rachael is taken in by his friends and teammates, Ryan inserts himself in their group because he’s not convinced of her innocence and believes she’s out to get herself a rich, famous football player.

I think a lot of their issues stem from Rachael’s age (she’s 23).  She irritated me a lot, initially, and I really wanted her to be older (is this supposed to be an NA book? cause it would be my first), but I understand why she did the things she did and felt the way she felt because she’s still forming into a woman.  Had she been older and more experienced, there probably wouldn’t have been much of a story.  Rachael’s different from every other woman that Ryan has ever encountered before, she knows NOTHING about football, she’s not out to sleep with him for a mark on her bedpost, and they kinda don’t like each other, despite the intense chemistry they cannot deny.

Despite my early thoughts about Rachael (she’s uptight and at that phase in her life where she thinks she knows everything despite any actual real world experience), I really liked this book and came to like Rachael. I was pulling for Ryan the whole way, he seemed to be cautious and maybe a little vulnerable, despite his cocky attitude.  There’s a whole subplot about Rachael’s actress roommate doing a musical version of Pride and Prejudice that accurately provides subtext for Rachael and Ryan’s relationship, though the roles are somewhat blurred.  I loved Ryan’s teammates. They became friends and surrogate big-brothers to Rachael and completely pulled her into their little clique, all the while understanding that she was Ryan’s girl, long before it was a reality. I really hope/wish/pray that at least one of them will get their own book because I will read the heck out of it. Rachael and Ryan’s relationship was hot and sweet and very satisfying.  This is one author whose books I will be keeping an eye out for.

2 thoughts on “Rush Me by Allison Parr”