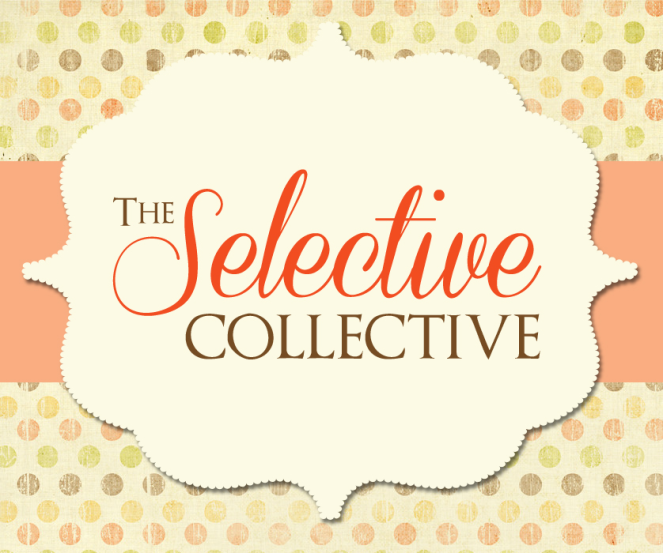 For Macallan and Levi, it was friends at first sight. Everyone says guys and girls can’t be just friends, but these two are. They hang out after school, share tons of inside jokes, their families are super close, and Levi even starts dating one of Macallan’s friends. They are platonic and happy that way.

Eventually they realize they’re best friends — which wouldn’t be so bad if they didn’t keep getting in each other’s way. Guys won’t ask Macallan out because they think she’s with Levi, and Levi spends too much time joking around with Macallan, and maybe not enough time with his date. They can’t help but wonder . . . are they more than friends or are they better off without making it even more complicated?

1.  BOF tackles the age-old question, can guys and girls be friends? What are your thoughts on the subject and/or do you have any personal experiences to share?

I think it’s tricky, I’m not gonna lie. I think the majority of my friendships with guys have had some sort of attraction mingled in with friendship, whether from my side or the guy’s. I think the exceptions are people like my fiancé’s friends which obviously we wouldn’t be attracted to each other like that or friend’s crushes and things like that that were obviously off-limits. I think most of my close friendships with guys have turned into one of us ending up feeling something for one another because isn’t that almost natural? When you find someone that you share a special bond with like that, it’s easy to start feeling an attraction to them because that’s what marriages are supposed to be. You fall in love and at the same time you’re best friends because that’s an amazing base of a good relationship. Guys and girls can be friends, of that I have no doubt, but it all depends on if they allow their feelings for their friendship to complicate that platonic bond (and obviously, it won’t happen all the time!) – Brittany @ Book Addict’s Guide

I definitely think guys and girl can be friends–even best friends. I’ve had both experience in the best friend turned boyfriend situation and the guy friend who will always be more like a brother. I met my very best guy friend when I was fourteen–but, although I didn’t realize it at first, the friendship began because he liked me (WHAT?). After we got past that part (because boys scared me and there was no way I was going out with him), he became my closest friend. Then, two years later it developed into something bigger and he became my boyfriend. We made a very quick jump to love when we started dating because there was such ease and comfort; there was no stage where we were trying to make a good impression or be something we weren’t–we already knew each other. And then he became my husband. Awwww. And we’ve been married for a really long time. Like, eighteen years this Spring (we got married super-young, but yeah, we’re also getting super-old). I wouldn’t have it any other way. Eventually, hopefully, the person you marry becomes your best friend (though I think every girl needs a girl bestie too), but I love the stories–real and imaginary–where couples start as friends first.I also have a guy friend that I met in high school. He is probably the guy closest to me next to my husband. He is a very dear friend to both of us. I know him quite well, and as much as he makes me laugh, I can say with all certainty that I could never see him as “a guy.” I told him years ago, in reference to Twilight, that he was my Jacob–minus the abs and any ounce of physical attraction. He called me an ass. I always thought that was funny. 🙂 – Tammy @ YA Crush

2.  In Better Off Friends Macallan loses her mother, a huge loss no matter what age.  How do you think this affected her relationships both platonic and romantic.

I loved this element of the story because Macallan really seemed to, in her own way, fall in love with Levi’s mom. In those early moments when she and Levi were first getting to know each other, I think that element of his life drew her in further. And Levi’s mom became such and influence in her life, help to shape some of her interests. I really enjoyed how both families came together and created a family of their own. I think all of that reinforced what Levi and Macallan had, it brought them closer and even encouraged them when they had difficult moments. – Tammy @ YA Crush

3.  Transition books from middle school to high school are sometimes hard to follow or get into.  How did you feel starting at a younger age and watching the MCs grow?

It actually didn’t bother me at all! I didn’t expect the book to start out a young age, but really, it makes sense to see the beginning of Macallan and Levi’s relationship and I thought it was the perfect place to start. I like that we got to see the beginning of the friendship because that’s the foundation for the whole story. I think most books might flash back to those instances so as not to write full chapters about middle school and keep a book in the YA realm, but I really appreciated that we got to see everything chronologically! – Brittany @ Book Addict’s Guide

4.  Regardless of your stance on relationships having a close friend of the opposite sex has both plus and minuses.  What do you think are some of the highs and lows?

I think we saw several of the highs and lows in BETTER OFF FRIENDS. For some reason, a friendship with the opposite sex is just a different kind of friendship than I’ve had with my girl friends. I actually have no idea how to describe the differences but they’re there. With my guy friends, I always felt like I had an “in” with the guys (I loved being “one of the guys”) and those friendships always felt less…. volatile. I guess where I felt I had to be cautious around my girl friends sometimes because girls can be catty or sensitive, I never really felt like I had to tip-toe around my guy friends and it was just super casual.

I think the biggest lows for me was when things got WEIRD. When either party would “ruin” a friendship by bringing THE FEELINGS into it… That was hard. I don’t think I had TOO many lows with my guy friendships, actually. They were mostly easy-going! – Brittany @ Book Addict’s Guide

I had several close male friends growing up. Because I had older brothers, guys didn’t frighten me, and I was frequently the platonic friend who helped them decipher the mystery of girls or figure out if a girl liked them. The plus side is that I felt comfortable around guys, because I figured they weren’t interested in me romantically (especially if they were telling me about all these other girls). I had really great friendships and conversations with guys and often played the role of mother hen/advisor/relationship fairy/counselor. If you aren’t playing the flirting game, it frees you up to be good friends. One of my best male friends committed suicide when we were 27, and I remember that while many girls we grew up with felt strange about going to the funeral, because they had dated or kissed him once upon a time, I didn’t have the romantic baggage to make my going or speaking at the funeral awkward. He had always been there for me, and I for him — without any UST getting in the way. The down side, obviously, is that I occasionally (not with every boy, but memorably with three!) “fell” for the guy I was in a close friendship with when the feeling was unrequited (God I hate that word). By the time I went to college, I figured I’d always be that “friend zone” friend. I resigned myself to being the perpetual Andrea to a long line of Brandons. Luckily, in college I ended up finding the Harry to my Sally, and we transitioned from best friends to husband and wife! – Sandie @ Teen Lit Rocks

5.  Macallan and Levi bonded early on over a random obscure British television show.  Is there some little known entertainment treasure that you’ve bonded with someone over?

All the time! My sister and I (as well as some of my friends) have bonded over Friends and non-stop quote it to each other! I’ve bonded with other friends over silly YouTube videos, weird things we’ve found on the internet, funny websites (Homestar Runner was a really big thing in high school!) and obviously now I’m bonding with my blogger/reviewer friends over books! ❤ – Brittany @ Book Addict’s Guide

As an entertainment writer, the answer to this is a definitive yes. It happens all the time, but I’ll share the story of the most obscure connection. Growing up in Miami, there was a PBS sitcom called “¿Qué Pasa, USA?” http://www.quepasausa.org/home/ that was the first bilingual show ever to air in the US; it was Spanglish comedy about a Cuban-American family that was shown in syndication. It was hilarious, and apparently only aired in a select group of PBS stations.I remember in college meeting a “white” girl who had watched the show, and I couldn’t believe it. She had learned Spanish from her nanny, who loved the show. She had never met anyone our age who had seen it, so we spent nearly an entire night sharing our favorite episodes, discussing the fate of the actors, and reminiscing about how amazing it was that years and years before “The George Lopez Show,” there had been this awesome sitcom about a Latino family that only a small percentage of people knew about. – Sandie @ Teen Lit Rocks

Liked our Round Table discussion?   Check out the other SC posts!!

Review:  – Better Off Friends –  Candice @ The Grown-Up YA

Thanks to Scholastic for providing ARCS for review on the SC.

5 thoughts on “The Selective Collective: Better Off Friends by Elizabeth Eulberg”