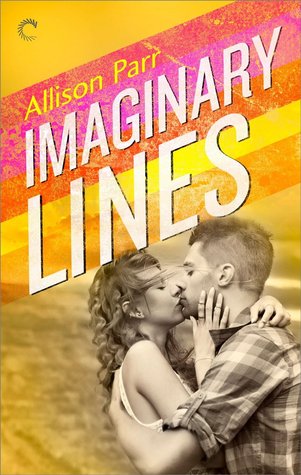 Tamar Rosenfeld has been in love with New York Leopards linebacker Abraham Krasner since they were twelve years old. She’d always considered it destiny that they’d end up together…until Abe was drafted and she professed her feelings in a moment of blind excitement. The sting of his rejection was like nothing she’d ever felt before, and it’s nothing she’ll ever forget.

Older and wiser, Tamar has landed a dream job as a reporter for one of New York’s premier athletic websites. Determined to stop being the safe, boring girl she’s felt like for most of her life, Tamar makes a list of all the things she wants to do and see in her new city, and Getting Over Abraham is priority number one.

But destiny has finally chosen to interfere. Just as Tamar’s decided to move on, Abe’s realized she’s the only woman for him. When he confides the truth, Tamar has to decide if she can put her crush behind her, or take a chance on the very man who’s been holding her back all these years.

Source:  eARC from Carina Press/Netgalley for review purposes (thank you!)

The book starts off with Tamar psyching herself up to tell her best friend, Abraham, that she’s in love with him.  He’s less than surprised by the revelation and is a bit of an ass, to boot.  So, out of embarrassment and a sense of preservation, Tamar decides to cut him out of her life, though their families are close and it’s a little difficult to do.

A few years later, Tamar, older & wiser, is now a college graduate that gets her dream job of writing about sports and Abraham is a professional football player.  And now they’re in the same city, New York, and it’s much harder for her to ignore him, especially when her job is reporting on the New York Leopards, his team.  Abe’s decided, too, that Tamar is just the right girl for him, despite her insistence that they remain friends, now that she’s finally forgiven him.  What follows is their tentative friendship and Tamar keeps it to herself at work because she doesn’t want to seem biased.

I am a sucker for a friends to lovers story & this one was right up my alley.  Abe is completely sigh-worthy and lives up to the promise of his story in the previous books in this series.  He was a little mysterious and seemed lonely and homesick, but he blooms when Tamar shows up in town.  I liked that he went after what he wanted and didn’t shy away from admitting that he wasn’t ready for Tamar before, though he is now.  Go get ’em, tiger…uh, Leopard.  I liked Tamar, too, because she did not dwell on Abe’s initial rejection of her, but dusted herself off, pulled up her boots, and did what she needed to do to be the person she wanted to be (even if that included not being around him).  Adorable, fun story, great series (I reviewed the first book in the series, Rush Me, last year).  I hope Allison Parr has more of this series waiting on the bench (did you like my sports metaphor there?) because  I’ll definitely be keeping my eye out for more.