Could she possibly refuse a duke’s hand—in favor of a sardonic, sinful rake?
Lady Betsy Wilde’s first season was triumphant by any measure, and a duke has proposed—but before marriage, she longs for one last adventure.
No gentleman would agree to her scandalous plan—but Lord Jeremy Roden is no gentleman. He offers a wager. If she wins a billiards game, he’ll provide the breeches.
If he wins…she is his, for one wild night.
But what happens when Jeremy realizes that one night will never be enough? In the most important battle of his life, he’ll have to convince Betsy to say no to the duke.

Source: finished copy from the publisher, HarperCollins/Avon (thanks!)

END_OF_DOCUMENT_TOKEN_TO_BE_REPLACED

If you’re planning on falling in love…
When it comes to the confident, charismatic Caleb Parker, Sadie Lane feels the spark—the kind that comes from rubbing each other the wrong way. She’s yoga pants, he’s a suit. She’s a tattoo artist, he’s a straight-laced mogul. But after they accidentally co-rescue an abandoned dog from a storm, Sadie sees a vulnerable side to the seemingly invincible hottie.

you’d better be sure…
Caleb doesn’t do emotions. Growing up the underdog, he’s learned the hard way to build up an impenetrable wall. Perfect for business. Disastrous for relationships. He’s never worried about it before—not until he finally gets behind Sadie’s armor and begins to fall.

… someone is there to catch you.

Both guarded and vulnerable, Sophie and Caleb are complete opposites. Or are they? Shocked at their undeniable connection, can they ever admit to wanting more? That all depends on what they’re each willing to risk.

END_OF_DOCUMENT_TOKEN_TO_BE_REPLACED

When Sean O’Riley shows up at the Hartford Bed & Breakfast for his older brother’s bachelor weekend, he’s just hoping to make it through the weekend. What he’s not expecting is to come face to face with the woman he lost his virginity to a decade ago—a woman he’s never really forgotten.

The last time Lotti Hartford saw Sean, she told him she loved him while he said nothing. Now, ten years later, she’s just looking for a good time. For once, she wants to be the wild and free one, and Sean – the good time guy – is the perfect candidate.

But as the weekend continues, Sean realizes that after a lifetime of being the hook-up king, he’s ready to find happily-ever-after, and he wants it with Lotti. But will she open her heart to him again? As Christmas sweeps through the little B&B, he can only hope love and magic are in the air.

Source: eARC from the publisher, Harper, for review purposes. Thanks!

END_OF_DOCUMENT_TOKEN_TO_BE_REPLACED

Viv’s mom was a punk rock Riot Grrrl in the ’90s, so now Viv takes a page from her mother’s past and creates a feminist zine that she distributes anonymously to her classmates. She’s just blowing off steam, but other girls respond. Pretty soon Viv is forging friendships with other young women across the divides of cliques and popularity rankings, and she realizes that what she has started is nothing short of a girl revolution.

Source: ARC received from publisher, MacMillan/Roaring Press Books. Thanks so much!

END_OF_DOCUMENT_TOKEN_TO_BE_REPLACED 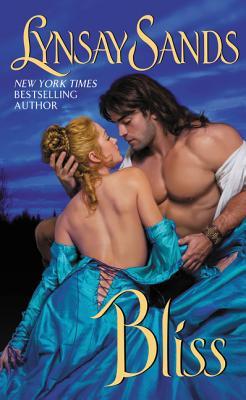 Love thy neighbor, ’tis said. A fine idea, except when the neighbor in question is Lord Holden. Lady Helen Tiernay has complained frequently about his treatment of his people. Too frequently perhaps, for the king intends to curb their constant bickering by ordering them to wed. Helen can’t refuse a royal decree, but she’ll do everything possible to drive away her devilishly attractive husband-to-be.

Holden has faced all manner of horrors on the battlefield. But marriage to “the tyrant of Tiernay” is still a worrying prospect—until he glimpses Helen in the flesh. What flesh it is…soft, lush, made for his touch. If she weren’t so intent on thinking up devious ways to prevent consummating their bond, Helen would see how perfect they are together, and that a marriage begun as enemies can turn to absolute pleasure.
Source: galley from the publisher, Harper Collins. Thanks so much!!

END_OF_DOCUMENT_TOKEN_TO_BE_REPLACED

I Believe in a Thing Called Love by Maurene Goo

Desi Lee knows how carburetors work. She learned CPR at the age of five. As a high school senior, she has never missed a day of school and has never had a B in her entire life. She’s for sure going to Stanford. But—she’s never had a boyfriend. In fact, she’s a disaster in romance, a clumsy, stammering humiliation-magnet whose botched attempts at flirting have become legendary with her friends. So when the hottest human specimen to have ever lived walks into her life one day, Desi decides to tackle her flirting failures with the same zest she’s applied to everything else in her life. She finds her answer in the Korean dramas her father has been obsessively watching for years—where the hapless heroine always seems to end up in the arms of her true love by episode ten. It’s a simple formula, and Desi is a quick study. Armed with her “K Drama Rules for True Love,” Desi goes after the moody, elusive artist Luca Drakos—and boat rescues, love triangles, and fake car crashes ensue. But when the fun and games turn to true feels, Desi finds out that real love is about way more than just drama.

SOURCE:  ARC via publisher for review (Thank you!)

END_OF_DOCUMENT_TOKEN_TO_BE_REPLACED

Dimple Shah has it all figured out. With graduation behind her, she’s more than ready for a break from her family, from Mamma’s inexplicable obsession with her finding the “Ideal Indian Husband.” Ugh. Dimple knows they must respect her principles on some level, though. If they truly believed she needed a husband right now, they wouldn’t have paid for her to attend a summer program for aspiring web developers…right?

Rishi Patel is a hopeless romantic. So when his parents tell him that his future wife will be attending the same summer program as him—wherein he’ll have to woo her—he’s totally on board. Because as silly as it sounds to most people in his life, Rishi wants to be arranged, believes in the power of tradition, stability, and being a part of something much bigger than himself.

The Shahs and Patels didn’t mean to start turning the wheels on this “suggested arrangement” so early in their children’s lives, but when they noticed them both gravitate toward the same summer program, they figured, Why not?

Dimple and Rishi may think they have each other figured out. But when opposites clash, love works hard to prove itself in the most unexpected ways.

END_OF_DOCUMENT_TOKEN_TO_BE_REPLACED

Maybe it’s the long, lazy days, or maybe it’s the heat making everyone a little bit crazy. Whatever the reason, summer is the perfect time for love to bloom. Summer Days & Summer Nights: Twelve Love Stories, written by twelve bestselling young adult writers and edited by the international bestselling author Stephanie Perkins, will have you dreaming of sunset strolls by the lake. So set out your beach chair and grab your sunglasses. You have twelve reasons this summer to soak up the sun and fall in love.

Since this is an anthology of short stories I thought I’d give you a line or two about each book.  Either a mini review, how the narrator might have influenced my opinion, etc.  Whatever comes to mind first!

END_OF_DOCUMENT_TOKEN_TO_BE_REPLACED 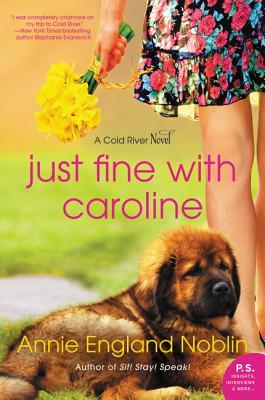 Caroline O’Connor never dreamed she’d be back home in Cold River, Missouri, the Ozark Mountain town where everyone is ‘up your business.’…they mean well as they drive you crazy. She thought she’d left town for good, but now she’s back, helping to care for her New York born mother—struck with Alzheimer’s, and prone to saying and doing anything—and her father, the beloved local doctor frustrated he can’t cure his own wife.

As for Caroline, she’s doing ‘just fine’ coping with her parents, her brazen cousin Ava Dawn’s marital disasters, her mostly-deaf dog…and with Noah Cranwell, far-flung relative of a local family mostly infamous for running moonshine, an ex-veteran who’s come to Cold River with troubles of his own.

Caroline believes she knows everything about Cold River and the people who live in its hills and hollers … but sometimes life’s greatest surprises happen closest to home.

Source: galley from the publisher, Harper Collins, for review purposes. All opinions are my own. Thank you!