Dr. Garrett Gibson, the only female physician in England, is as daring and independent as any man—why not take her pleasures like one? Yet she has never been tempted to embark on an affair, until now. Ethan Ransom, a former detective for Scotland Yard, is as gallant as he is secretive, a rumored assassin whose true loyalties are a mystery. For one exhilarating night, they give in to their potent attraction before becoming strangers again.

A man who breaks every rule

As a Ravenel by-blow spurned by his father, Ethan has little interest in polite society, yet he is captivated by the bold and beautiful Garrett. Despite their vow to resist each other after that sublime night, she is soon drawn into his most dangerous assignment yet. When the mission goes wrong, it will take all of Garrett’s skill and courage to save him. As they face the menace of a treacherous government plot, Ethan is willing to take any risk for the love of the most extraordinary woman he’s ever known.

Source: arc from Harper Collins for review purposes. All opinions are my own. Thank you!

END_OF_DOCUMENT_TOKEN_TO_BE_REPLACED

What the World Needs Now Is Love by Burt Bacharach, Hal David, and Kate McDevitt

With its soothing lyrics and calming tones, “What the World Needs Now Is Love” has become a beloved song worldwide since its release in 1965. Now, for the first time ever, these captivating lyrics are in book form accompanied by gorgeous illustrations, and perfectly packaged with a ribbon enclosure.

Both a reminder of the importance of love and a call to make the world a better place, this book is the perfect gift for anyone you care about–or for yourself when you need some gentle comfort.

END_OF_DOCUMENT_TOKEN_TO_BE_REPLACED

A Wind in the Door by Madeline L’Engle

Just before Meg Murry’s little brother, Charles Wallace, falls deathly ill, he sees dragons in the vegetable garden. The dragons turn out to be Proginoskes, a cherubin composed of wings and eyes, wind and flame. It is up to Meg and Proginoskes, along with Meg’s friend Calvin, to save Charles Wallace’s life. To do so, they must travel deep within Charles Wallace to attempt to defeat the Echthroi – those who hate – and restore brilliant harmony and joy to the rhythm of creation, the song of the universe. 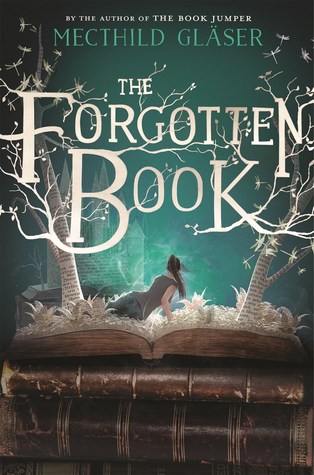 The Forgotten Book by Mechthild Glaser

Emma is used to things going her way. Her father is headmaster of her prestigious boarding school, her friends take her advice as gospel, and she’s convinced that a relationship with her long-time crush is on the horizon.

As it turns out, Emma hasn’t seen anything yet. When she finds an old book in an abandoned library, things really start going Emma’s way: anything she writes in the book comes true.

But the power of the book is not without consequences, and Emma soon realizes that she isn’t the only one who knows about it. Someone is determined to take it from her—and they’ll stop at nothing to succeed.

SOURCE:  ARC via publisher for review (Thanks!)

END_OF_DOCUMENT_TOKEN_TO_BE_REPLACED

I Hate Everyone But You by Gaby Dunn & Allison Riskin

Dear Best Friend,
I can already tell that I will hate everyone but you.
Sincerely,
Ava Helmer
(that brunette who won’t leave you alone)

So begins a series of texts and emails sent between two best friends, Ava and Gen, as they head off to their first semesters of college on opposite sides of the country. From first loves to weird roommates, heartbreak, self-discovery, coming out and mental health, the two best friends will document every moment to each other. But as each changes and grows into her new life, will their friendship be able to survive the distance?

SOURCE:  ARC and finished copy via publisher for review (Thanks!)

END_OF_DOCUMENT_TOKEN_TO_BE_REPLACED

A Wrinkle in Time by Madeline L’Engle

It was a dark and stormy night; Meg Murry, her small brother Charles Wallace, and her mother had come down to the kitchen for a midnight snack when they were upset by the arrival of a most disturbing stranger.

“Wild nights are my glory,” the unearthly stranger told them. “I just got caught in a downdraft and blown off course. Let me be on my way. Speaking of way, by the way, there is such a thing as a tesseract”.

Meg’s father had been experimenting with this fifth dimension of time travel when he mysteriously disappeared. Now the time has come for Meg, her friend Calvin, and Charles Wallace to rescue him. But can they outwit the forces of evil they will encounter on their heart-stopping journey through space?

SOURCE:  checked out from local library

END_OF_DOCUMENT_TOKEN_TO_BE_REPLACED

Seventeen-year-old Audrey Rose Wadsworth was born a lord’s daughter, with a life of wealth and privilege stretched out before her. But between the social teas and silk dress fittings, she leads a forbidden secret life.

Against her stern father’s wishes and society’s expectations, Audrey often slips away to her uncle’s laboratory to study the gruesome practice of forensic medicine. When her work on a string of savagely killed corpses drags Audrey into the investigation of a serial murderer, her search for answers brings her close to her own sheltered world.

END_OF_DOCUMENT_TOKEN_TO_BE_REPLACED

Gone Pecan
Create a free website or blog at WordPress.com.